A book of unique photographs has been published illustrating an impressive diving expedition undertaken in 2019 on the Titanic’s sister ship, the Britannic.

he Olympic-class liner turned hospital, HMHS Britannic, was built in Belfast in 1914 by shipbuilders Harland and Wolff as the third ship to be built locally and delivered to the luxurious White Star Line.

Two sets of bath taps still intact on the wreck; one was for fresh water and the other was for salt water.

Workers at the Belfast shipyard next to Olympic. Similar propellers were installed on Britannic.

Two sets of bath taps still intact on the wreck; one was for fresh water and the other was for salt water.

Much like her sister ship before her, the Britannic met a tragic end when she sank near the Greek island of Kea during World War I after hitting a mine.

Fortunately, few people were on the ship when it sank, as it was on its way from the UK to Greece to pick up the victims of the war.

Steeped in history, the opportunity to see a largely intact replica of the world’s most famous ocean liner makes it the ultimate dive to aspire to and, being over 120 meters above the water’s surface, this is surely not a dive for the faint of heart.

The book, ‘Expedition Britannic’, was written by Rick Ayrton, Bristol-based technical rebreather diver and award-winning specialist in deep wreck photography, who was joined by nine other divers two years ago for the expedition. , including a man from Northern Ireland. George McClure, originally from Carrickfergus, but who has lived in Aberdeen for 20 years.

George had a unique connection to the ship, as his great-grandfather worked at Harland and Wolff while building his other sister ship, the Olympic.

George McClure helping Scott Roberts for a drink at the six-meter station.

A diver next to the imposing propeller, whose shape is still recognizable.

George McClure helping Scott Roberts for a drink at the six-meter station.

The men went through extensive pre-dive training and preparation to scale up what has been described as “one of the pinnacles of deep wreck diving”.

In two weeks, the team completed six dives, each spending between 30 and 40 minutes on the wreck during that time.

For each dive, it takes between three and five minutes to reach the vessel, but can take two to four hours to return to the surface, as this is the most dangerous part of the dive.

Despite the various risks involved, the team devoted themselves to the expedition, which has now been commemorated in this new book, with photographs taken by Rick and contributions from divers who have assisted the team throughout.

Originally from NI, George first met Rick and Scott during their university studies as one of the few deep-sea divers in the UK to be interested in the sport at the time.

â€œDiving has always been a hobby for me,â€ explained George, â€œbut I also worked as an engineer in the diving industry for 10 years.

â€œI am no longer in this field, but I still work as an engineer and I continue to dive as a hobby. “

In 1988, George embarked on his very first scuba diving, explaining that he had always had a curiosity for what lies beneath the surface of the water.

â€œGrowing up in Carrickfergus near the shore, I always wanted to see what was below the surface and when I met other people who felt the same, we decided to join this club at the university and it all developed from there. “

The Co Antrim man said “diving is as close to theft as we can as humans get.”

He has now followed in the footsteps of one of the most iconic divers of all time, Jacques Cousteau, who helped develop modern diving equipment and was the first diver to locate the Britannic in 1975.
A bronze plaque was attached to the wreck in 1997 as a tribute to this pioneering Cousteau dive.

Britannic under construction in Belfast.

Britannic under construction in Belfast.

â€œWhen everyone got together to start talking about the expedition to visit Britannic, you were like, ‘Yeah, okay, everyone’s raving about this wreck with a big name on it’, but it was really much more than that, “Georges explained.

â€œIt was just breathtaking, it was bigger than anything I had ever dived before and the water was so clear it was just fascinating to see in real life.â€

He said of the 1,100 dives he has made throughout his career, the Briton easily placed in the top five.

â€œI’ve dived hundreds of wrecks before, but nothing like it,â€ he said.

“This bucket list dive easily ruined all other dives for me, nothing will ever compare to the enormity of this one.”

Rick echoed these remarks, calling it “Mount Everest of all dives.”

“It really is the pinnacle of what an independent dive team like ours can accomplish,” the book’s author told the Belfast Telegraph.

â€œThe Britannic is the largest submerged ocean liner in the world and it is the only ship of this particular class, related to the Titanic, which can be dived with scuba gear, while with the Titanic, because ‘it’s so deep, you would want to need submersibles.

He added that many of the original features are still intact on the ship, despite the sinking over 100 years ago.

“I have dived ships from the same era off the coast of Ireland before and a number of them are already disintegrating and not much is left,” said Rick.

“But for Britannic, there are handrails, sink faucets and the deck where the captain would have stood.”

Another notable feature was the huge propellers located on the port side of the ship.

These are believed to have caused the deaths of 30 people who floated a lifeboat as it sank before the captain’s orders to “abandon ship” were announced.

Rick explained that because the propellers were still spinning at that time, the lifeboat was unfortunately sucked up and was a disaster for those who were fleeing.

Over 1,000 crew and hospital staff aboard the Britannic actually escaped without incident.

George added that you can still see many of the iconic features of the White Star Liner on Britannic.

â€œWhen you think of the movie Titanic for example, you think of the portholes and the bow where Kate Winslet and Leonardo DiCaprio were and you could see all the same traits in Britannic,â€ he said.

“We also found the ship’s bell which was quite exciting, but we weren’t allowed to touch anything on the ship itself.”

In order to dive near the historic vessel, the team had to acquire licenses from the Greek authorities.

â€œThey basically issue conditions and instructions for when you dive and, because you needed a separate license to get inside the ship, we couldn’t,â€ said Rick.

“It was basically a case of look but don’t touch.”

This aspect, however, made it all the more special for the team that witnessed this unique shipwreck.

â€œOver time, it will eventually deteriorate and get lost,â€ said George.

â€œSo it was just amazing to be there and to witness it, especially with the personal connection of my great-grandfather, who worked on his sister ship, the Olympic, where the two have was built in the Belfast shipyards, so this connection to home really made it special to me.

“And now this expedition will be remembered through this book and Rick’s spectacular images,” he added.

“The team have been really fantastic in bringing it all together and I wouldn’t have wanted to do it with someone else.”

Rick, George and the rest of the diving team would like to thank Jennifer Sellitti, data collector during the expedition, Yannis Tzavelakos, whose dive center hosted the expedition, and George Vandross, a Greek technical diver who acted as dive supervisor throughout.

‘Expedition Britannic’ is published by Dived Up Publications and can be purchased for Â£ 25.

The London apartment inspired the dining room of the Titanic 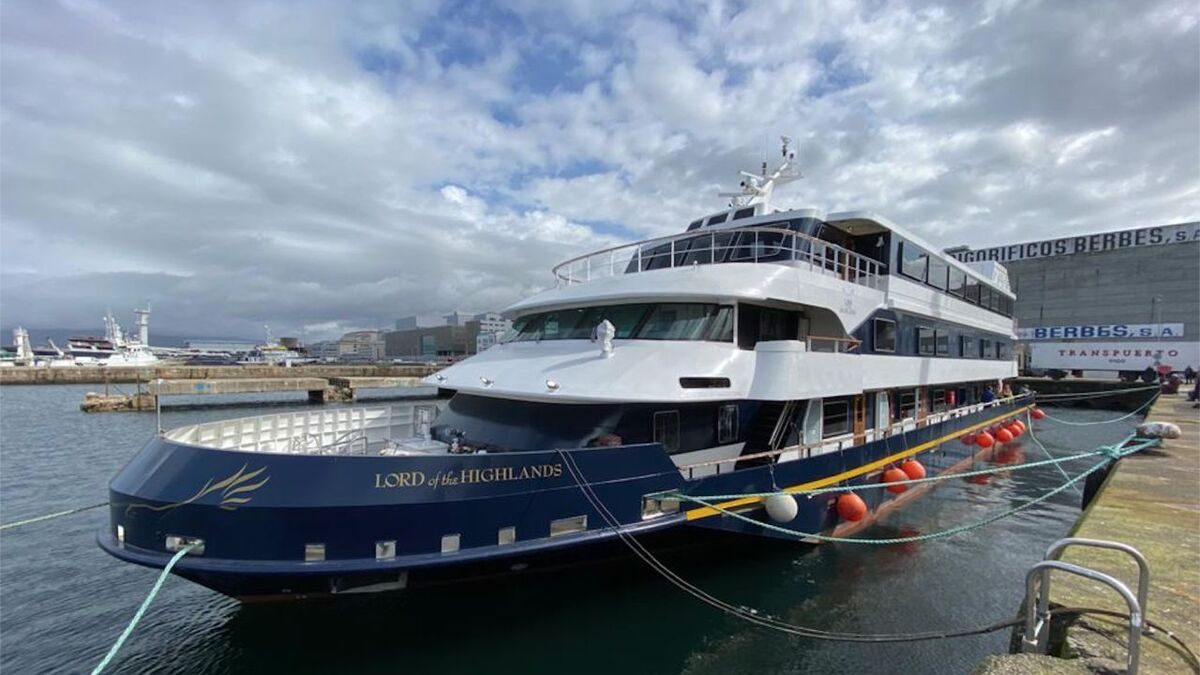 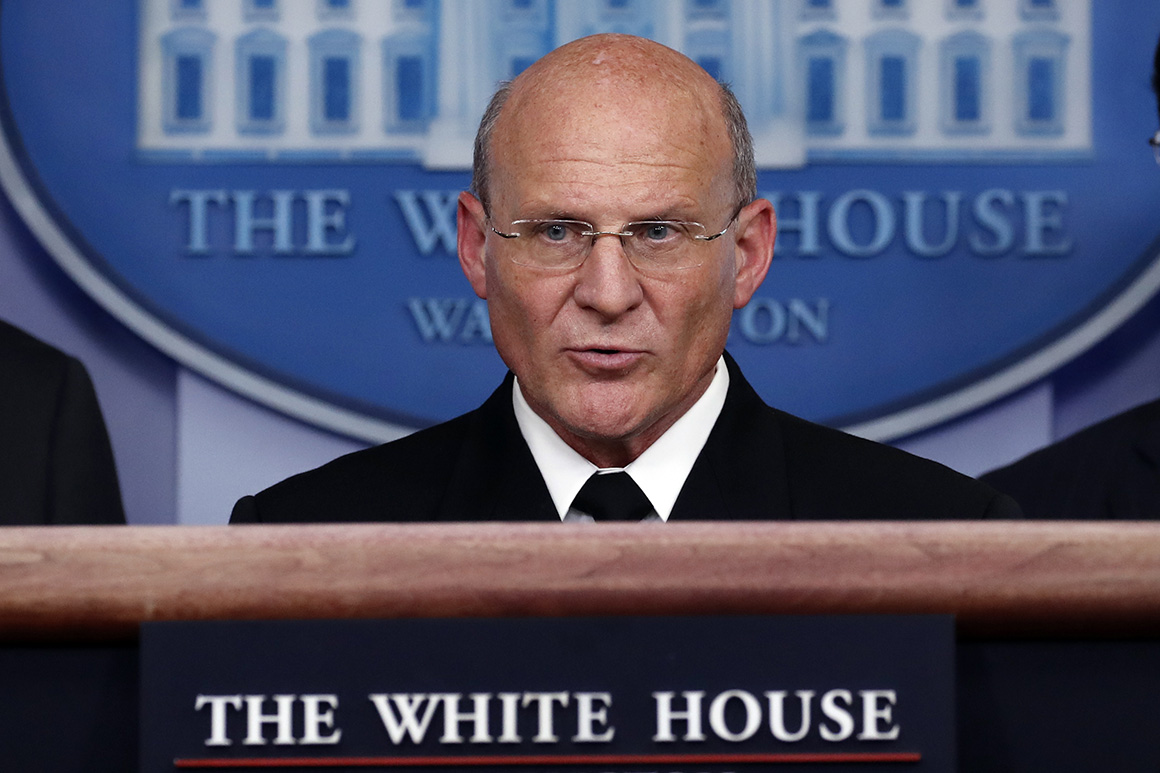